Ω just another daily contemplation | *as nice as the stars, violets & lattes*

Gaze at the end of winter

To witness the next, rises

Just Beyond the Rim 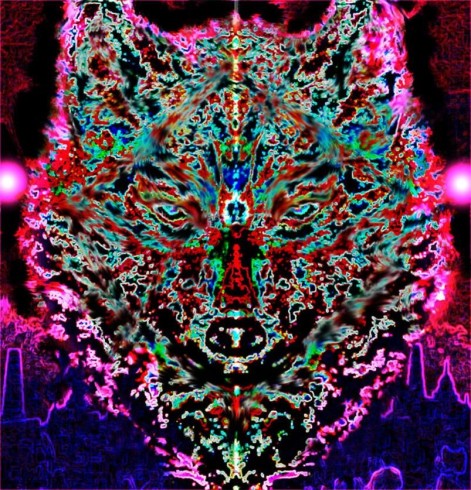 “The High Wolf” Art by MadpenMistress

Now versus its consciousness

To be able to taste the absolute sweetness? The so-called epithet of valor, a wine from the river of Sanga…?

To realize that all your magnificence is nothing but a mere relend-able gift.

And as lovely as the highness sensation that you probably hold so very dearly… what to be share of it is nothing quite what is seen.

Of the infinite awakening

I awake under the weight of the heavy snow.

The uproars surged up to the air of this cliff, synchronizing in inhuman screams as it slipped through beyond the mountain walls where shadows becomes one with the stratosphere of the night.

Yet I had taken some time to get fixed to my eyes… the soft push of these tiny light-falls instruments from an inevitable height, were the ones very inviting to mine… but even though they were remarkably beautiful… the presence of darkness above would easily made captive every piece of the beauty possessed.

For every slightest sense of light—in this place, could easily perish

In silent curiosity, if you have secretly wonder about it… what to be heard after is the weeping of the moon and the forest. These condemning yet almost delightful howls have manifested into spears of eerie vowels, a very saddening tune to whoever listen to a prisoner of soul.

But why does the harsh winter embedded in this northern land in a quickening state of madness? Perhaps, to trifurcate with our faith. But I assure you to keep your wits as a child even as you are now… Thus by being uncompelled by the conditional nature, your resistance to this sweet illusion is, and always high.

Sometime, somehow, in a certain point of your unique track of flight, it will again become somewhat chaotic… and the familiar feeling—the images of being return into this sweet, luscious, tantalizing dreams… (Oh, how they have visited too often in your sleep—)

The idea… the urge of returning…

Would made you shiver

I realize it’d took one long enough to finally see how beautiful everything really is… Shimmering in a twisted circuit of deep, invisible transline — that connects to a placate masterpiece gradation of The Opalized Labyrinth.

Now, if you would stand for awhile and admire the beauty of overcoming these situational emotions…

Then “Now” surely won’t be the day when the mind meets an end.

I assure you – within everything – there’s a Verge of Gaia

A déjà vu – even in a child

A blog full of humorous and poignant observations.

A daily selection of the best content published on WordPress, collected for you by humans who love to read.

a virtual cabinet of curiosities

A Life's Worth of Observations from a Songwriter and Sound Engineer

Forum for Display + Critique of His Creative Works

Just a small town girl who writes about Christian stuff.

This WordPress.com site is the cat’s pajamas

Experience a Shift in Consciousness

一枚の写真は一千語に匹敵する／A picture is worth a thousand words

Waking Up in the Dream

Observations and random thoughts from a "not so teenager."

Just like the horse whisperer - but with more pages

The Journal Of An Always On The Move Photographer

The History of Love